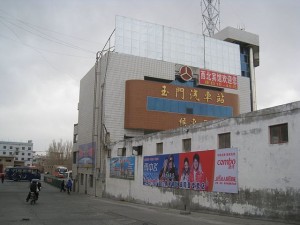 CITY OF 30,000 RESIDENTS UNDER QUARANTINE

YUMEN, China (INTELLIHUB) — The citizens of the city are not allowed to leave and police have even set up roadblocks after a 39-year-old man was found dead from the Bubonic Plague, reports say. It is thought that the man contracted the disease from a rodent of some type.

Officials say that the city has enough food to sustain its residents for up to 30-days.

Some residents were shocked when they found out their city had been divided up into four quarantine regions.

While the disease can be effectively treated, patients can die 24 hours after the initial infection, the World Health Organization says.

Outbreaks in China have been rare in recent years, and most have happened in remote rural areas of the west.

China’s state broadcaster said there were 12 diagnosed cases and three deaths in the province of Qinghai in 2009, and one in Sichuan in 2012.